To combat the climate crisis, urgent action on clean cooling is vital. What developments happened in 2022, and where do we need to go next?

As of early December, 2022 was on course to become the joint-fourth warmest year on record. This is largely due to uncharacteristically high temperatures recorded in parts of the U.S. and Europe over the summer, coupled with several extreme heat events in India, Southeast Asia, and elsewhere.

To keep up with these rising temperatures, it’s unsurprising to see that demand for cooling is also on the rise. Since 2000, energy demand for space cooling has risen at an average pace of 4% per year. In 2021, it grew by more than 6.5%.

Without urgent action to improve the performance of our cooling appliances and the designs of our building and cities, this unsustainable trend will continue to have a significant impact on our energy systems and planet.

While there’s plenty of work still to do, 2022 showed that there’s continued momentum on our path to efficient, climate-friendly cooling for all. Below are some highlights from the year, both from within the Clean Cooling Collaborative (CCC) community and more general trends from around the cooling sector.

In March 2022, we announced Cool Roofs Indonesia as the winning team of the Million Cool Roofs (MCR) Challenge. In addition to bringing the benefits of passive cooling to over 10,000 people, the Indonesian team has set the stage to scale up the adoption of cool roofs in the country by creating local supply of cool roof materials. The team now has plans to work alongside government ministries to build on the successes of their MCR project and develop policies that will facilitate the continued adoption of cool roofs across Indonesia.

In July, we announced a four-year $25 million grant from the IKEA Foundation. The new funding will support our work to shift governments, industries, and consumers towards using clean cooling technologies; help reduce greenhouse gas emissions in line with the Paris Agreement; and improve billions of lives.

Over the summer, we also shared our refreshed CCC strategy, which we’ve designed to help facilitate the changes necessary to reverse the worrying trend of rising cooling-related greenhouse gas emissions.

In November, at COP27 in Egypt, Arsht-Rock, with support from the Clean Cooling Collaborative, JPMorgan Chase, and other partners, launched its Cool Capital Stack. This $750 million, first-of-its-kind project pipeline is dedicated to mobilizing investment in projects and technologies to protect people, communities, and local economies from climate-driven extreme heat. This Cool Capital Stack will work with both active and passive cooling solutions, with a focus on vulnerable communities, including women and girls.

Global interest in heat pumps – which offer fossil fuel-free heating as well as energy-efficient cooling – really took off in 2022, due to rising climate ambition and international efforts to boost energy security in light of Russia’s invasion of Ukraine.

From an emissions reduction perspective, shifting to high-efficiency electric heat pumps instead of a combination of stand-alone furnaces and air conditioners in residential buildings and certain commercial buildings could avoid the emission of roughly 80 million tons of CO2e each year in the U.S. alone.

To encourage the adoption of heat pumps in the U.S., President Biden’s Inflation Reduction Act (IRA) is providing $4.5 billion in rebates for the purchase and installation of new energy efficiency appliances, including heat pumps.

2022 was the year that the impacts of China’s updated AC minimum energy performance standards (MEPS) were really seen. Thanks to these MEPS, China’s room AC market has transitioned from inefficient fixed-speed ACs to variable-speed models, which use around 30% less energy.

In the ASEAN region, the United Nations Environment Program’s (UNEP) United for Efficiency (U4E) initiative, Lawrence Berkeley National Laboratory (LBNL), and other partners have worked with member states to develop a regional MEPS roadmap to support the adoption of more efficiency room air conditioners. With this plan as a guide, CCC is supporting several member states to begin implementing more stringent MEPS and realize the multiple benefits of improved efficiency.

According to updated analysis from U4E published in September, the adoption of MEPS for residential and commercial air conditioners and refrigeration equipment (as outlined in U4E’s Model Regulations) in all developing and emerging economies could save 653TWh of electricity each year in 2040. This would reduce emissions by 569 million tons of CO2e and consumer bills by $96.5 billion annually.

Last year, we also worked alongside U4E, LBNL, and other stakeholders for the development of model regulations and labelling guidelines for ceiling fans and technical specifications for off-grid refrigerators, which can be used to support bulk procurement programs.

And to help ready the market for 5X air conditioners (prototypes of which were developed under the Global Cooling Prize), we’ve been working with partners to revise the test procedures for measuring product energy use and performance so that the significant additional efficiency gains of these models can be recognized. We are looking forward to additional progress in 2023 towards the commercialization of these models.

According to UNEP’s Ozone Secretariat, 17 parties of the Montreal Protocol ratified or accepted the Kigali Amendment in 2022, bringing the total number of ratifications to 146. 51 parties of the protocol are yet to formally approve the international agreement to phase down the use and production of HFCs.

Among the parties to ratify the Kigali Amendment last year are two major consumers of cooling – the U.S. and Indonesia. With cooling demand projected to boom in both countries over the coming decades, their commitment to phasing down the use of HFCs in their air-conditioning and refrigeration appliances is a significant win for climate action.

In November, at the 34th Meeting of the Parties to the Montreal Protocol (MOP34), participants discussed both the successes of the international agreement and what needs to happen to ensure future impact.

During the meeting’s high-level roundtable session, panelists encouraged governments to look towards parties like the EU and Grenada as success stories for the implementation of the Kigali Amendment (and beyond). They also emphasized the need for ongoing funding for developing countries (i.e., Article 5 parties) to support their transition to alternative technologies, capacity-building/ training, etc.

At MOP34, parties agreed to adopt 24 decisions, including one to tackle the illegal import of certain refrigeration, air-conditioning, and heat pump products and equipment.

A number of our partners had a busy year raising awareness about the dangers of extreme heat and advocating for a range of solutions that can protect communities from it.

In May, at the World Economic Forum, Arsht-Rock launched its new Heat Action Platform, in partnership with the Cool Coalition, the Global Covenant of Mayors for Climate and Energy, Mission Innovation, and RMI.

At COP27, cooling was a main focus of at least 20 sessions during the conference. What was particularly interesting was the fact that these events were hosted at a range of themed pavilions – energy, food, health, buildings, etc. – indicating just how much of a cross-cutting topic cooling is.

Cities, nature-based solutions, and the cold chain were big topics and while cooling was discussed from various angles, a few common threads popped up during most events: policy, technology, and finance. Other points that were mentioned frequently included the need for more data, more cross-sectoral collaboration, and more awareness raising around clean cooling as a mitigation and resilience solution.

The Cool Coalition and Sustainable Energy for All (SEforALL) also launched its Nature for Cool Cities Challenge at COP27. The challenge aims to demonstrate the impact of nature for urban cooling and drive finance for upscaling projects. Over the course of the year, cities will pledge to increase the proportion of high-quality nature-based cooling solutions. Challenge winners will be profiled at COP28 in the United Arab Emirates in November/December 2023.

Several key reports were also published in 2022, helping to shine a light on the issues surrounding cooling. The Cool Coalition partnered with the FAO to produce Sustainable Food Cold Chains: Opportunities, Challenges and the Way Forward; SEforALL released the 2022 edition of its Chilling Prospects series, which tracks global access to sustainable cooling; and RMI quantified the value of urban nature in Growing to Its Potential: The Value of Urban Nature for Communities, Investors, and the Climate. More cooling resources from last year can be found in our resources section.

As we move into the new year, the need to act on extreme heat and clean cooling isn’t going to let up, with 2023 likely to be even warmer than 2022.

While we’ve got a lot of work to do over the next 52 weeks, many actors from all over the cooling sector seem eager for a step change. Many of the trends we’re seeing focus on action and implementation, which makes us optimistic about what’s to come over the next year.

First stop in 2023 will be the Abu Dhabi Sustainability Week, which kicks-off this Saturday (January 14) and is set to throw down the gauntlet when it comes to cooling action. Stay tuned! 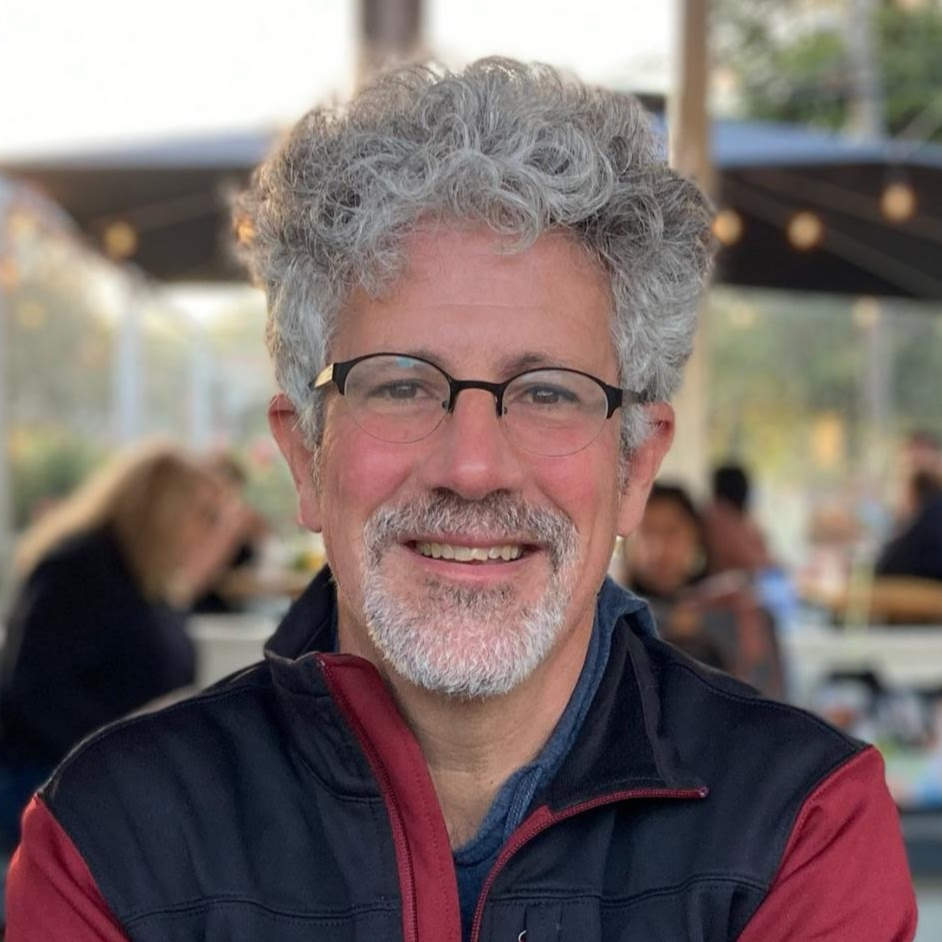 With COP27 starting in just a few days, we wanted... Read More