By combining efforts to phase down the use of super-polluting HFC refrigerants with improvements in the energy efficiency of cooling equipment, we can accelerate the global transition to clean cooling for all as well as its associated climate benefits.

In October 2016, at the 28th Meeting of the Parties to the Montreal Protocol in Kigali, Rwanda, more than 170 countries agreed to amend the protocol to ensure the ongoing protection of our planet’s climate and ozone layer through action on hydrofluorocarbons (HFCs) in addition to other fluorinated gases (F-gases).

The agreement, dubbed the Kigali Amendment, aims to phase down the production and use of super-polluting HFCs, which are thousands of times more harmful to our climate than CO2 and commonly used as refrigerants in cooling appliances like air conditioners and refrigerators. The goal of the amendment is to reduce HFC consumption by 80% by 2047, and according to the Climate and Clean Air Coalition (CCAC), if fully implemented, it is estimated to avoid up to 0.5°C in global warming by 2100.

Research conducted by Lawrence Berkeley National Laboratory (LBNL) indicates that the mitigation benefits of the Kigali Amendment could be doubled by simultaneously enhancing the energy efficiency of cooling equipment. Based on this, transitioning to energy-efficient, climate-friendly cooling could avoid up to 1°C of global warming by the end of the century.

In the spring of 2017, the Kigali Cooling Efficiency Program (now Clean Cooling Collaborative) was created to support this global transition. Through our ‘Strengthening for Efficiency’ portfolio, we were able to work with Montreal Protocol institutions and associated agencies, parties, and companies to integrate energy efficiency improvements into the HFC phasedown.

Our approach was to work with ‘early-adopter’ governments and companies that would then catalyze similar work elsewhere. Our work included:

NCAPs provide a long-term perspective for policies that can simultaneously address national cooling demands and the need to combat climate change through energy efficiency improvements and the HFC phasedown. The plans cover multiple sectors, including space cooling in buildings, industrial production of cooling equipment, cold-chain logistics, and servicing of existing equipment.

As K-CEP, we supported the development of 27 NCAPs, nine of which have been published in Chile, China, Cuba, Ghana, Lebanon, Panama, Rwanda, Sri Lanka, and Trinidad and Tobago. As detailed in our Phase I Impact Report, once realized, these nine published NCAPs will cumulatively avoid over 2.1 gigatons of carbon dioxide equivalent (Gt CO2e) and will save consumers over $510 billion by 2050, both as a result of reduced electricity consumption.

As the world’s largest cooling technology consumer, producer, and exporter, the impact of China’s Green and High-Efficiency Cooling Action Plan could be particularly profound.

To facilitate national action on cooling and support the development of NCAPs around the world, the Cool Coalition set up an NCAP working group. The group drew upon the experience and knowledge of organizations and countries that have been working on NCAPs to chart a holistic but modular methodology for the development of NCAPs. Guidance covers cooling comprehensively and include various sectors and end-uses as well as both met and unmet cooling needs.

In addition to supporting the development of NCAPs, we’ve also worked with countries to link their NCAPs to their Nationally Determined Contributions (NDCs) and other long-term climate strategies in order to enhance national ambition through the UNFCCC process.

A lack of communication and coordination between different government bodies often meant that efforts to improve cooling were siloed, with energy agencies working on energy efficiency policies and climate agencies working on the F-gas and HFC phasedown under the Montreal Protocol and its Kigali Amendment. If our work was to have meaningful impact, we needed to enhance collaboration among these key stakeholders.

We hosted regional ‘twinning’ workshops to help build the capacity of ozone and energy ministry officials in developing countries to combine energy efficiency improvements with progress in the F-gas transition. The workshops trained national ozone officers and energy policymakers in market transformation and policy development. Workshops also covered solutions such as efficiency standards and labels and strategies to integrate efficiency expertise in training programs for the cooling service sector.

In partnership with UNEP’s United for Efficiency (U4E) initiative and UNEP OzonAction, we provided all 147 developing country governments with capacity building and training on energy-efficient and climate-friendly cooling. This program helped countries enhance the expertise of their government staff, as well as those working in the maintenance and servicing sectors, which is a key part of transitioning to an efficient, climate-friendly cooling sector. You can watch more videos about the twinning workshops here.

Often involving co-funding from the Multilateral Fund for the Implementation of the Montreal Protocol (MLF), we supported research, development, and testing to integrate improved energy efficiency into planned retooling of manufacturing plants to phase out F-gases.

In addition to enhancing the efficiency of new generations of appliances and catalyzing market transformation, we worked to eliminate refrigerants with high global warming potential (GWP) in supermarket cooling systems.

In partnership with UNDP, we offered targeted support to 10 businesses, including Walton in Bangladesh and Mabe in Mexico.

Mabe, the leading home appliance brand in Latin America, committed to the refrigerant transition and improving component efficiency through its corporate sustainability strategy. Since announcing the conversion, Mabe has transitioned from the climate-polluting HFC R134a, with a GWP of 1,430, to the hydrocarbon R600a (isobutane), which has a drastically lower GWP of three. Mabe has also successfully upgraded the efficiency of its refrigerator compressors by 15-25%.

In Bangladesh, working alongside the government, UNDP and CCC supported Walton Hi-Tech Industries Ltd, the country’s largest refrigerator manufacturer, to make energy-efficient, low-GWP refrigerators through equipment upgrades. With MLF support, HFC R134a was replaced by environment-friendly and energy-efficient R600a, while our support led to energy efficiency improvements of 10-43%, depending on the model.

Over the past five years, these projects have set up the pathway for other organizations like the Cool Coalition, U4E, and Sustainable Energy for All (SEforALL) to keep things progressing.

Moving forward, we need for more governments, both national and local, to develop and implement cooling action plans. We need to see greater coordination between different government departments to speed up and maximize impact. We also need for cooling manufacturers to commit to produce products that are super-efficient and use ultra-low GWP refrigerants and for cooling consumers to commit to buying them.

If we’re to see the full benefits of a transition to efficient, climate-friendly cooling over the coming decades, then we’ll need collaborative action from all stakeholders.

This blog is part of a series looking back at the impact of our Phase I projects. Other blogs include reviews of our policies and standards portfolio, our finance portfolio, and our access portfolio. 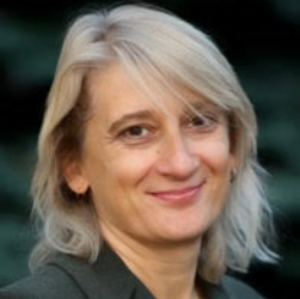 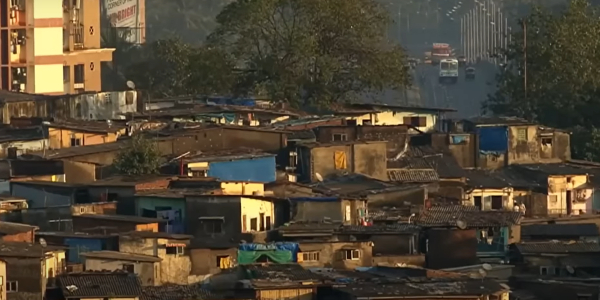 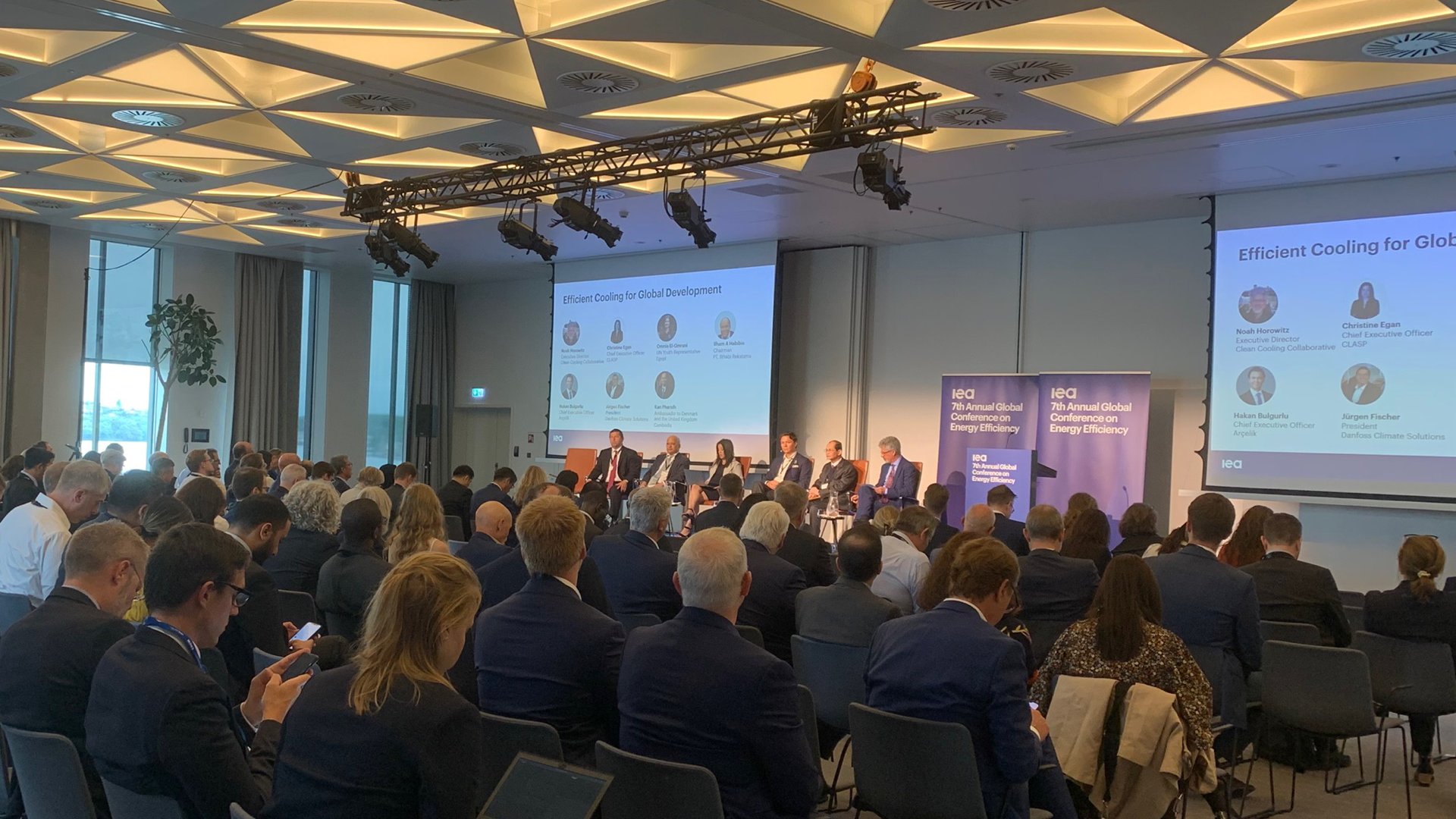